UEFA is enlisting the support of Europe’s biggest clubs to oppose FIFA’s proposal for a biennial World Cup.

The UEFA president, Aleksander Ceferin, addressed more than 160 of the most powerful clubs at a meeting of the European Club Association in Geneva today.

The audience included the nine European Super League rebels, who have been allowed to re-join the organisation after their dysfunctional insurrection earlier this year, as well as those superpowers, like Paris Saint-Germain and Bayern Munich, who refused to participate in the ill-fated project..

At the meeting, the first for Manchester United, Manchester City, Liverpool, Tottenham Hotspur, Chelsea and Arsenal, since the Super League initiative, Ceferin laid out his concerns over the World Cup being held every two years.

‘More is not always better,’ the UEFA chief told the 26th General Assembly of the ECA, which was almost torn apart in the spring when news of the Super League – and the treachery of the plotters – emerged.

‘You have probably heard that FIFA is conducting a feasibility study about the World Cup every two years,’ he continued.

‘Well, we think that the jewel of the World Cup has value precisely because of its rarity. But holding it every two years will, by our opinion, lead to…less legitimacy and unfortunately devalue the World Cup itself.

‘We feel there is a space for everything and both national teams and clubs are fully occupying that physical and commercial space.

‘The international match calendar does not need that. Our players do not need to see more of their summers spent on consuming tournaments rather than devoted to relaxing and recuperation. But you should speak about that, those players have contracts with you, not with UEFA.’

In the aftermath of the European Super League project, which saw all twelve founding members expelled from the ECA, before the contrite nine were readmitted, the ECA and UEFA were desperate to show unity.

For his part, Al Khelaifi who also welcomed AC Milan, Inter and Atletico Madrid back to the fold, emphasised the solidarity between the ECA and UEFA, claiming the organisations were ‘two sides of the same coin’.

And he also highlighted FIFA’s proposals for a biennial World Cup as one of the biggest threats to European football, without directly naming the competition.

‘We have important challenges to solve,’ he told his audience, which included the representatives of European associations and leagues, but not the FIFA president, Gianni Infantino, who sent a recorded video message.

‘One of the most urgent is the international match calendar. We need honest engagement and not a unilateral decision.’

The deliberate refence to ‘honest engagement’ appears to say everything about European suspicions of Infantino and FIFA’s plans.

In May, FIFA approved a study into holding the World Cup every two years, instead of every four, following a request by the Saudi Arabian Football Federation.

Infantino has developed a narrative around ‘global’ football, highlighting the fact that much of the international game is dominated by Europe and South America.

Saudi Arabia, with others, have shown ambition to be a bigger force in world football. A World Cup every two years instead of every four would give other countries a chance to fulfil their hosting dream. 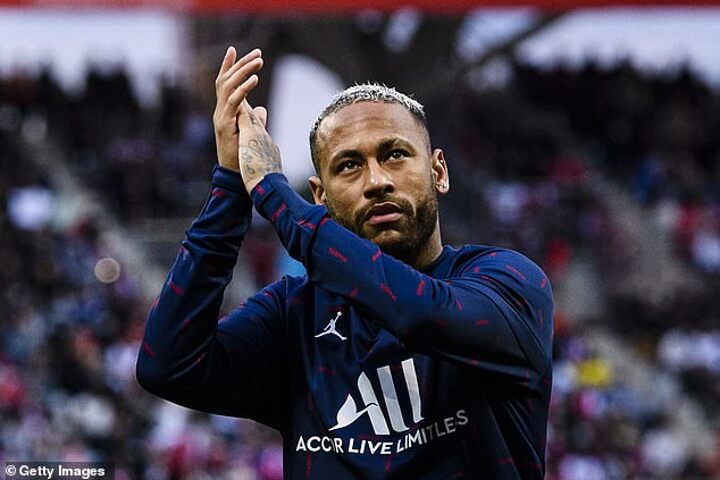 However, a two-yearly World Cup would be a direct threat to UEFA’s plans to expand the Champions League and the introduction of a new competition this season, the Europa Conference League, all of which sees 20 per cent more European clubs involved in continental football.

Both of those developments are seen as financially beneficial to Europe’s clubs and UEFA.

Not only that, FIFA’s aspirations to increase the frequency of the club World Cup would place even more pressure on fixture calendars.

Infantino tried to offer reassurance, although it is unlikely much was taken by those listening in Geneva and others watching online.

‘Now starts a phase of consultation and of course all clubs, leagues, associations and all football fans and lovers will be involved and are involved,’ the FIFA president said, suggesting the whole approach to international club and country competition needs to be re-considered.

‘We need to rethink the calendar fundamentally and to do this we need to have good will from everyone,’ he added.

‘There are no taboo topics The door of FIFA is open to any idea to any proposal. We shouldn’t take this consultation process as any sort of challenge, any sort of fight as I have been hearing here and there. It is simply a way to try, and global football, stronger.

Arsene Wenger, FIFA’s chief of global football development, has been among the figures pushing the biennial World Cup plan.

He has outlined a plan in which there would be a major tournament at the end of each football season, mentioning either a World Cup or a European Championship.

He said qualifiers would be grouped into two international windows, in October and March. This would provide ‘more clarity for clubs and fewer problems for the national teams’, he told the French newspaper L’Equipe.