Manchester City’s relentless pursuit of a quadruple of major trophies this season will come at a cost of £158,245,080, if they achieve the unprecedented feat.

The Citizens remain fiercely in the hunt for the Champions League, Premier League, Carabao Cup and FA Cup winners’ titles.

If they pull it off, City will be the only English team to have ever managed such a glittering array of trophies in a single season.

But the club’s annual accounts reveal that the success will come at a cost. The Etihad outfit’s commitments to pay player bonuses and add-ons to transfer deals totals more than £158 million.

‘That is the incentives in contract deals and transfers,’ said Kieran Maguire, football finance expert and lecturer at the University of Liverpool. ‘Every player’s contract has a lot of small print and there are additional transfer fees should a club achieve certain goals.

‘The money will be payable in 2020-21 assuming City are successful. In that sense it is a worst-case scenario.’ 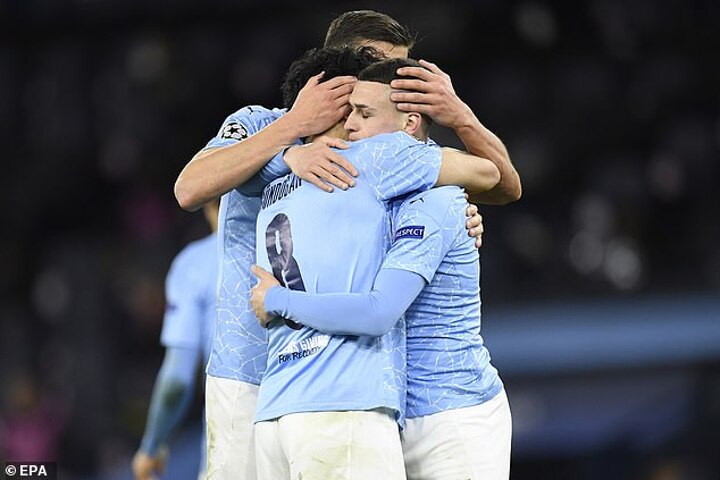 Maguire says that some of the payments will relate to international appearances, but they are all connected to City’s club success.

Last season, the total amount payable in bonuses and add-ons was even greater at more than £200 million.

However, a relatively unsuccessful season, by their very high standards, saw City ‘only’ finish second in the Premier League, crash out of the Champions League at the quarter-final stage and exit the FA Cup in the semi-finals.

There were still honours in the form of Carabao Cup and Community Shield, but the club’s pay-out would have been much reduced. 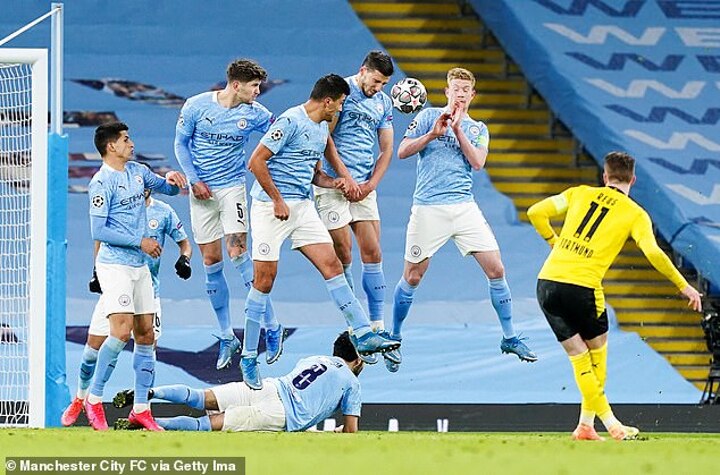 This time around, given that City are 14 points clear of rivals Manchester United with seven to play in the Premier League, already safely into the final of the Carabao Cup against Tottenham Hotspur, are in the semi-finals of the FA Cup against Chelsea and secured a last-gasp winner against Borussia Dortmund in the quarter final, first leg of the Champions League last night, the quadruple is still very much on.

In the most recent accounts for 2019-20, published this week, City posted losses of £126million – with the effects of the Covid-19 pandemic being felt at the Premier League leaders.

The club said the financial situation last year was distorted by the fact that matches were still being played after the accounting period closed on June 30, so the revenue from those games is not included. 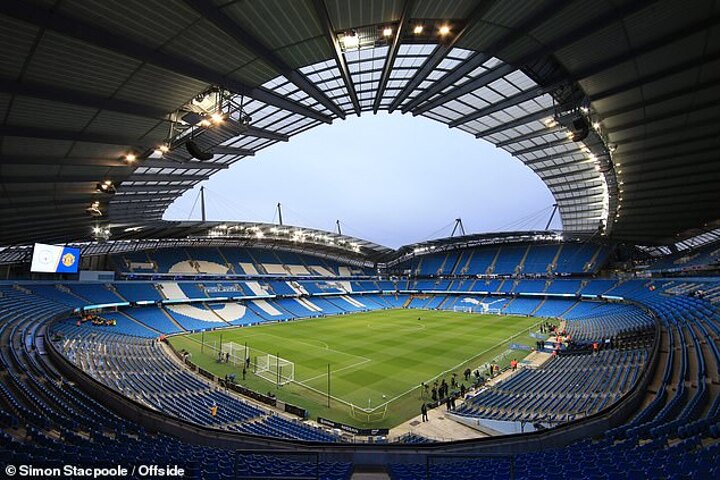 CEO Ferran Soriano said: ‘’A better financial picture of the Covid years will be provided at the end of the 2020-21 season, when the two seasons are combined and normalised.’

Analysts suggest the club could afford the £158 million bonus payment, which would be partially offset by additional commercial revenue stemming from their historic success, should they achieve the quadruple.

Two clubs – Manchester City and Manchester United – have won four trophies in a single season in English football, but neither bagged the Champions League.

Top footballers who have health insurance for their bodies