Paris St Germain have responded angrily to further criticism of the club by LaLiga president Javier Tebas and urged him to focus more attention on the two Spanish clubs still angling for a Super League. 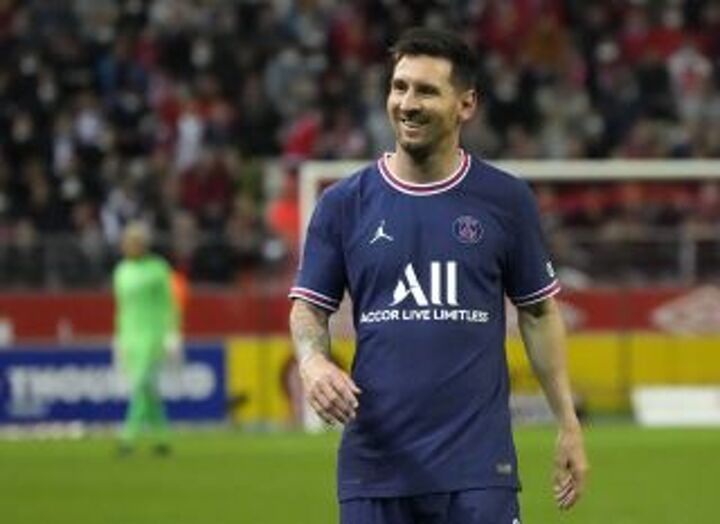 Tebas tweeted last week to say PSG were as “dangerous” to European football as the Super League and returned to the theme at a press conference in Spain on Tuesday.

“We will work against the club states. These clubs are as much enemies as the Super League,” he is reported as saying.

He again described PSG’s spending as “not sustainable” and even criticised the age profile of recent recruits such as Lionel Messi and Sergio Ramos, describing the club as a “league of legends”.

PSG general secretary Victoriano Melero hit back at Tebas in a letter seen by the PA news agency.

“Time after time, you allow yourself to publicly attack the French league, our club, our players – together with players of other clubs – and the fans of French football,” Melero wrote.

“It will not have escaped your attention that we comply with UEFA and French regulations, including those of the DNCG (French football’s financial body).

“It is worth noting that the French league did not, like your league, wait until recent years to take actions and put in place strong financial regulations.

“Now, you are also directly and disrespectfully attacking the players, simply because they decided to leave your competition, while at the same time you have been taking full advantage of having these world-greatest players in promoting your league until very recently.

“Your remarkable comments on the age of these players not only insults their past and current roles in defining how our great game is played, but also the millions of fans around the world who idolise them.

“Finally, I would add these attacks are unhelpful in the context of institutions and clubs across European football focusing every energy on finding common solutions to the problems facing football.

“That is, of course, except the three ESL clubs, two of which are in your league. I am quite surprised you are not focusing more of your attention on the two clubs in your league that remain steadfastly focused on breaking up your league, and European football as a whole.”

Tebas sits alongside PSG chairman Nasser Al-Khelaifi on UEFA’s all-powerful executive committee, and is the president of European Leagues, of which Ligue 1 is a member.

PSG are understood to have ignored bids from Real for the player of around 200m euros because they doubted whether the Spanish side genuinely had the money. Real, for their part, are understood to be astonished at the stance taken by PSG over a player who is free to leave for nothing next summer.