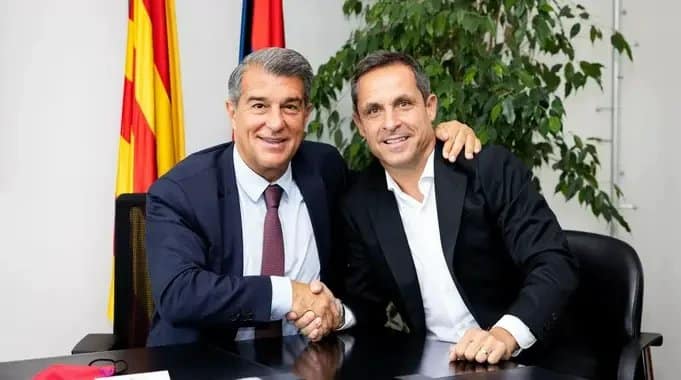 Barcelona have officially confirmed that Sergi Barjuan has been appointed as coach of Barcelona B. The former Blaugrana has signed a contract until 2023. The 49-year-old will start his work on July 12 when the reserves are set to start the pre-season.

Former goalkeeper Victor Valdes is set to return to Barcelona and likely join the staff of the B team, Diario Sport claim. The 39-year-old is expected to be appointed as either the assistant to Sergi Barjuan or the goalkeeping coach at La Masia.

It would be Valdes’ second return to Camp Nou after working as the U19 coach for a few months under Josep Maria Bartomeu. Back then, Victor was sacked by the club due to disagreements with the then Head of La Masia Patrick Kluivert. After retirement, the ex-goalkeeper coached Moratalaz U19 in the 2018/19 season and fourth-tier club Horta in the 2020/21 season.

Diario Sport add that both Valdes and Barjuan publicly supported Joan Laporta during the electoral campaign and attended the official presentation of his project.