The management of Division One League outfit, PHAR Rangers FC have announced that they are withdrawing from all Ghana Football Association (GFA) competitions with immediate effect.

As a result, the club owned by Asante Kotoko CEO Nana Yaw Amponsah has pulled out of the ongoing 2020/2021 National Division One League as well as the MTN FA Cup competition.

“The management and directors of PHAR Rangers FC have resolved to withdraw from all GFA competitions including the Division One Zone 3 League and the FA Cup with immediate effect.

“Consider the club defunct,” a press release from the club signed by Administration and Operations manager Hamid Saaka has said.

PHAR Rangers currently occupy the 13th position of the Division One League Zone 3. The club withdraws out of all Ghana FA competitions despite progressing to the Round 32 of the MTN FA Cup.

Find below the statement from the club: 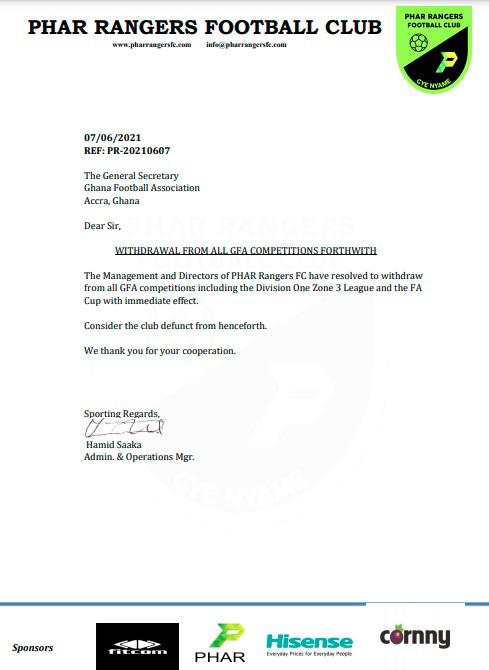